47 replies to this topic 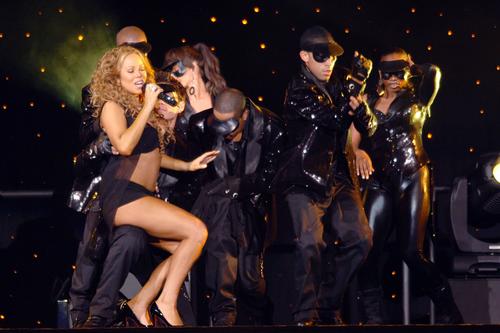 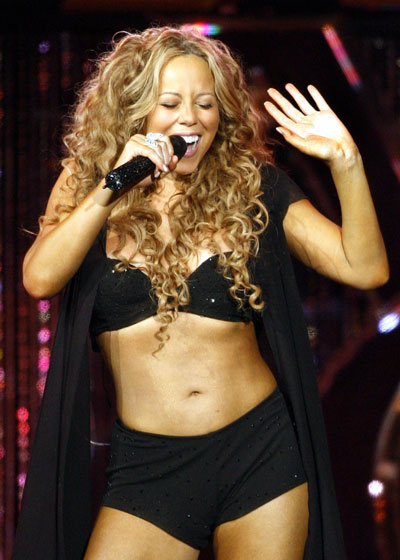 Somewhere along the line, someone in the highest echelons of the music business apparently told Mariah Carey that a tight red jewel-encrusted leotard with a lampshade-style fringe-skirt was a great idea.

The so-bad-it's-good diva act tends to work best when a costume is genuinely imaginative, it fits spectacularly, and the star is in on the joke (Cher, Madonna). Carey, on the other hand, seems to have no idea how ridiculous her progressively more tawdry array of bedtime attire has become -- and how sadly it all detracts from the things she does well. After all, she can actually sing.

Carey's 2005 "The Emancipation of Mimi" was a Grammy-winning, multi-platinum chart-topper through which she reclaimed her career while displaying a level of authority that had eluded her in recent years.

Yet onstage Saturday night during the first show of her new concert tour at the American Airlines Arena in Miami, her message to fans seemed to have almost nothing do with "emancipation" or "strength" or "growth" -- or any of the token buzzwords associated with a woman who has recently broken free from whatever it was that was keeping her down. 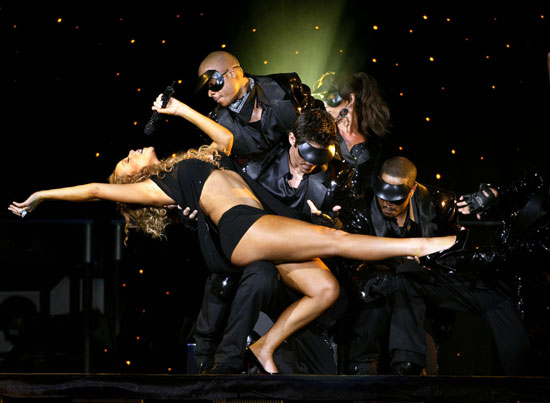 Rather, this is a show about stripper poles and dangerously high stilettos, hot pants and hair extensions -- all of it thrust onstage in a way that says, "Unless you're naked and grinding up against something, you're nothing."

And to look at the many female fans on hand (young teens to roughly early-30s), also spilling out of their lingerie, shiny gold bikini tops and micro-minis, it seems this is a notion that some women clearly want reinforced by a superstar.

When the show finally began, about an hour late at 10 p.m., there were rappers and dancers, moving staircases, blinding lights, an audio/high-def-video assault, several incoherent short films and a DJ -- all heaped on top of an essentially standard diva extravaganza (i.e., sing song, change outfit).

Those who unwittingly came for an evening of innocuous pop quickly realized that they have not been keeping up with the times. That Mariah -- the one who sang such hopeful songs as "Vision of Love," "Emotions" and "One Sweet Day" -- disappeared a long time ago.

Still, there were glimpses of that performer during such confections as "Dreamlover," "Heartbreaker" and "Fantasy" -- and also during a stellar cover of the 1970 Jackson 5 hit "I'll Be There," a hit for Carey in 1992.

With her wide-ranging vocal ability, Carey, now 36, certainly could have taken the standard pop singer route -- aging up to adult contemporary status, then following Celine Dion over to Vegas. Instead, she's won praise for becoming a singer who mixes it up on songs such as "We Belong Together" and "Say Somethin"' with freestyle producers and rappers like Snoop Dogg.

It works for her and the fans who adore her. Let's just hope all those 15-year-olds remembered to change clothes before they got back home. 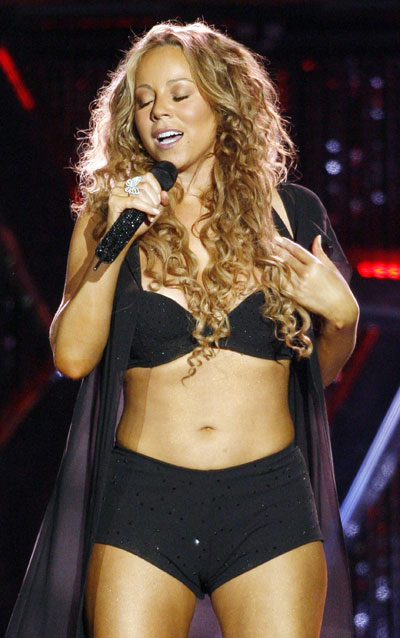 "Musically, I always allow myself to jump off of cliffs.
At least that's what it feels like to me.
Whether that's what it actually sounds like might depend on what the listener brings to the songs."

Welcome to My Chating Room & Visiting My Blog Back to Off Topic / 其它话题讨论区